Richmond and Hampton with a cruise down the river Thames. That’s the plan for the day.

The nice thing about travelling when you are older is you appreciate the finer nuances better. 😀 For one, I learnt that Richmond used to be called Shene and was highly popular with the royal family who lived in the manor house until Henry VII built Richmond Palace in 1501. It’s a little startling to take a turn and actually step back 500 years. Though much of the palace has been lost to time, the Maids of Honours Row, Wardrobe, Trumpeter’s House and Gate House still stand intact, now converted into rented apartments behind the historical facades.

Walking past the Victorian Richmond theatre, boutique shops and the Green which has held cricket matches since 1666, I reached the edge of the Thames to catch my boat to Hampton, as I was told Henry VIII would have done! The cruise is hypnotic with its serene landscapes intertwined with picturesque houses hugging the edge of the river. One feels one is somewhere far away in the country. But it is still London or to be technically correct, Greater London. 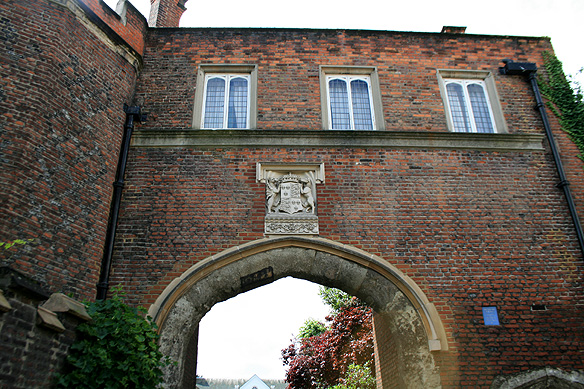 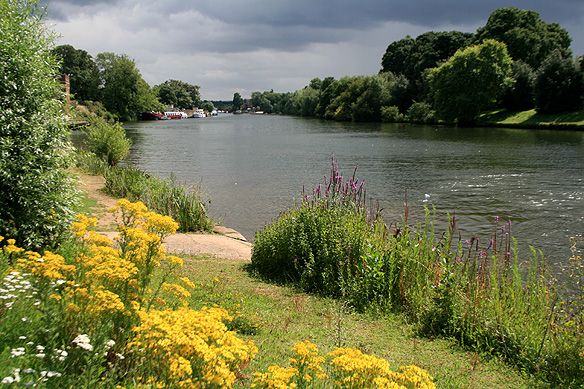 Hampton Court Palace is Henry VIII from beginning to end. I must confess I love the mnemonic device for the fates of Henry’s wives—divorced, beheaded, died, divorced, beheaded, survived. And these were just the wives. He cheated on each wife with the following one and cheated on all of them with countless mistresses. But there was more to Henry. The founder of the Church of England [because, well, he needed to get divorced], Henry was a great patron of the arts, a fervent sportsman playing both hard tennis and jousting, obsessed with having a heir, devoted to his country, and was very good-looking at 6 feet 2 inches tall with a mane of auburn hair. By the time he died at 55 of diabetes he was so fat he had to be moved with mechanical devices, had an ulcerated leg, and was covered with boils.

The palace is made of two parts which don’t always blend in easily with each other with the juxtaposition of two different architects and styles, Tudor and Baroque, jarring incongruously at places. But that’s also what makes Hampton distinct. It had started off as Cardinal Wolsey’s [Chancellor during the reign of Henry VIII] residence. But because he could not solve the King’s “great matter” in 1529, which was legalizing Henry’s divorce from Catherine of Aragon, he lost out on both, royal favours and his lovely chimneyed house. About a hundred years later Mary II and William III who jointly ruled from the House of Stuart took a liking to the place and asked London’s most famous architect, Christopher Wren, to redesign the palace in the prevailing fashionable lines. But before Wren could complete his remodelling, Mary died (in 1694), so lo behold, we have two palaces in one.

I explored the state rooms, chapel, great hall, royal tennis courts, and the maze, and finally reached Mantegna’s Triumphs of Caesar, the Italian Renaissance masterpieces acquired by Charles I in 1629. I had visited the palace on Boxing Day last year. It had been icy, windy and spectacular in its frozen state. But it was definitely nicer to see it in summer with the flowers at their best just after the Flower Show. Colour must be one of the most beautiful things about life, including black and white.

[Note: To know more about Andrea Mantegna, his work, and exhibitions around the world, click here.] 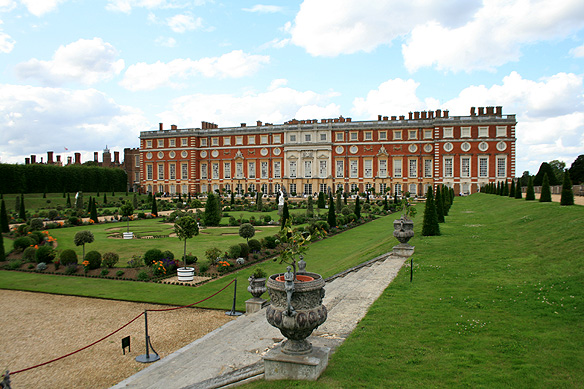 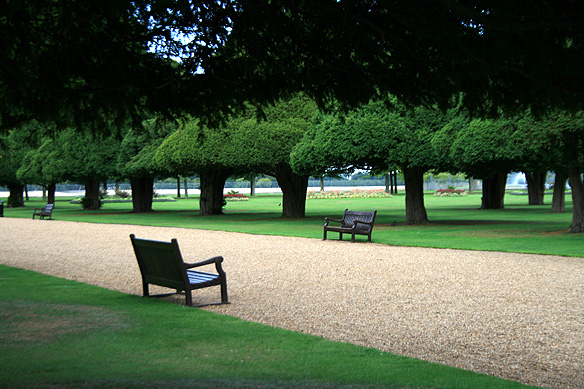 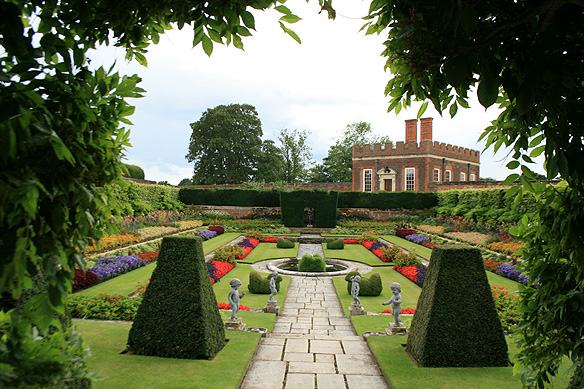 Henry VIII used to have scores of palaces all over the country. Hampton Court Palace is one of the only two [the other one is St. James’s Palace in London] to survive