Last month I became a volunteer at Daan Utsav Mumbai Chapter. Many asked, why? Why not any other NGO? I think it’s because, in an intrinsic way Daan Utsav reflects a core part of me, and in fact of everyone.

I like giving. The material stuff, yes. But more than material things I like giving my time, my effort, my attention, to friends and strangers alike. And that’s what I like receiving the most too. Like everyone else again, I believe.

In a world where festivals are intertwined with religion, traditions and rituals, Daan Utsav, India’s festival of “giving” stands out like a breath of fresh air. It is a festival just six years old, cutting across religion, caste, creed, age, and sex. Daan Utsav is importantly not an NGO, or any one person(s). It is a festival which celebrates a central human quality – Giving. This is not to say if we give throughout the year, how does this apply to one. Daan Utsav is a committed gathering of giving.

Launched in 2009, Daan Utsav, earlier called the Joy of Giving Week is celebrated every year, in the week including Gandhi Jayanti day, from 2-8 October. Giving activities and events are organised during the festival by individuals, social groups, schools, colleges, NGOs, corporates, and media houses, amongst others.

In 2013, over 3 million people participated in more than 900 events across 80 cities raising several 100 million Rupees in money and resources donated, and countless volunteer hours!

Often giving events carried out during Daan Utsav have turned into sustainable long term practices woven into the very fabric of our lives for our betterment. A classic case is Dignity Foundation’s highly successful celebrity event with the Mumbai South Zone Police held during Daan Utsav 2013. Attended by over 1,500 elderly citizens and the police force, to show solidarity and support towards the elderly, it translated over the subsequent year to sensitization of the police unit to the challenges and needs faced by this stratum.

Gift Compassion, a Daan Utsav project launched in Hyderabad in 2012 and replicated in Mumbai and Delhi last year, is designed to engage schools (both public and private) through a mutual visit to each other’s campus. Tens of thousands of children have participated in this project, exchanging gifts with peers from different socio-economic backgrounds, and enriching their life experience in the process.

Whilst Gift Compassion is about children and compassion, Food for Change, launched in Chennai in 2009, brings the best hotels and restaurants in a city during Daan Utsav to showcase their culinary talent and skills and in the process raise funds for NGOs. By 2013, Food for Change had spread to Bangalore, Hyderabad, Ahmedabad, Pune, and Bhubaneswar.

And then there are the unsung heroes of giving. Sandeep Sambhaji Bachhe, a 34 year old auto rickshaw driver from Khar Danda, Mumbai who offers 25 percent off to disabled passengers, 50 percent off to the blind, and 10 percent off to newly-weds! Sandeep is not the odd one out. There are 25 such other auto rickshaw drivers under the Regional Transport Office (RTO) Andheri (West) doing similar beautiful self initiated acts of kindness everyday. One can only imagine the accumulated efforts the RTO has planned for this year’s Daan Utsav.

Do watch this 4 minute video clip; it will give you an idea of the scale of the festival.

As the build up towards Daan Utsav 2014 takes place, corporates, media houses, NGOs, schools and colleges, and ordinary people, just like you and me, are gearing towards the festival of giving. A panel discussion on Compassion in Journalism, tie ups with music festivals, farmers across the nation exchanging fruit and milk, sandwich making, spot fixing, seva chakras, wish trees, free classes, fundraising, donation and collection drives, and awareness campaigns, are just some of the “events” planned.

To be part of this bigger picture of consciously “giving” is uplifting, and at the same time humbling, yet satisfying. 🙂 If you would like to also volunteer for or celebrate Daan Utsav this year, please click here. 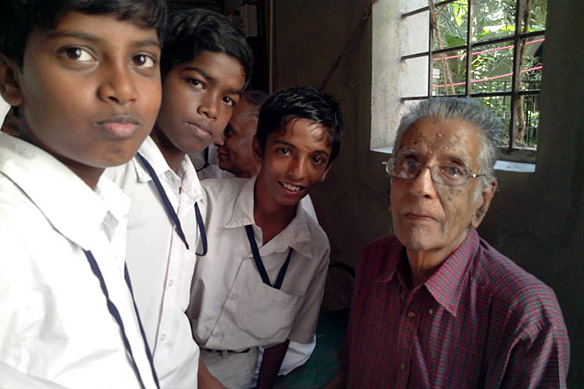 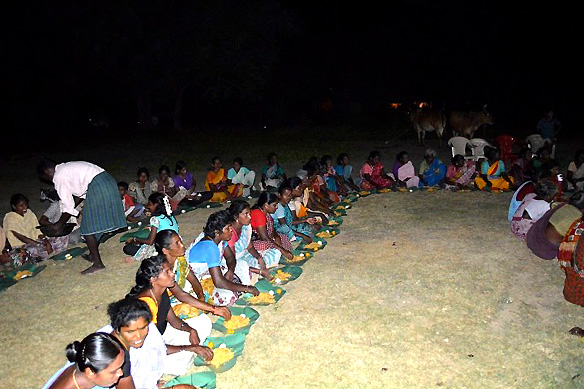 Note: The above post forms part of my blog’s Giving Back series which explores giving back initiatives in India.