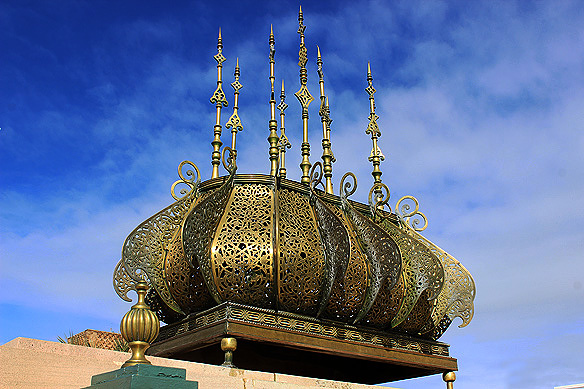 I fell in love with Rabat at first sight.

Faced with the exotic wonders of Morocco further ahead, not many travellers break their journey in Rabat. What does a capital city have to offer in comparison to the enigmatic imperial cities of Fez and Marrakesh, and the wild call of the Atlas Mountains and sweeping dunes of the Sahara Desert?

The answer is: A different kind of Moroccan experience.

Rabat holds the honour of being Morocco’s capital city, not once or twice, but a whopping four times through its eventful history.

The first was when Almohad ruler Yacoub al-Mansour moved to Rabat in the 12th Century AD and used it as a military base for his naval campaigns against Spain. It rose to political fame once again, though very very briefly, under the Alaouite Sultan Mohammed Ben Abdallah in the 18th Century. In 1912, France made Rabat its colonial capital—it came with the least local political baggage. The same year the Alaouite Sultans also made Rabat their capital, and since independence in 1956 [and for the 4th time] it has been the political and royal capital of the Kingdom of Morocco.

Each of these periods has bequeathed its own unique cultural treasures to the fortress city by the sea, Rabat. 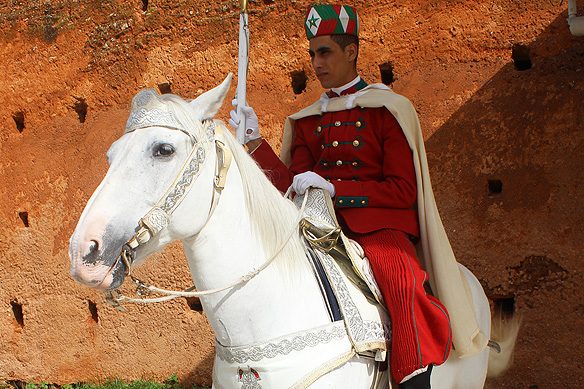 There is an interesting story behind the name Rabat. A Phoenician and Roman port in antiquity, the local Zenata Berbers built a Ribat or fortress monastery at the site after the Romans left in the 5th Century AD. When Yacoub al-Mansour decided to move his capital here, he rebuilt the Ribat as a Kasbah and called the city Ribat al-Fatah, the victorious fortress. Ribat became Rabat and the name has stuck since.

If there is any one person with whom the city’s heritage is inexorably tied to, it is this gentleman. Rabat flourished under his rule and large-scale construction projects were carried out under his ambitious vision. The exquisite Oudaias Gate, monumental Oudaias Kasbah, and sadly incomplete Le Tour Hassan mosque are all his legacy.

With his death in 1199 AD, the city fell into decline to be revived once again after 500 years. This time it was the Muslim refugees from Al-Andalus across the Strait of Gibraltar and pirates plying the Mediterranean Sea who made Rabat their home and filled it with colour.

Whilst the French colonisers from 1912 to 1956 have given Rabat its Mediterranean Art Deco look and feel, free Morocco has made the city a repository for its finest art and antiquities by providing it state-of-the-art exhibition spaces.

This post is about Rabat’s various untold treasures I discovered whilst exploring it as part of a much larger cross-country journey through Morocco. Do you know of any more other wonderful treasures in Rabat? If yes, please do share. I’d love to read about them. 🙂

Like all true rulers, the Almohad Sultan Yacoub al-Mansour wanted to leave behind something larger than life to be associated with his name. What could be better than to build the world’s second largest mosque [next in size only to the Samarra Mosque in Iraq back then]. So, in 1195 AD he built a minaret meant to be 88 metres high surrounded by 400 glistening columns. Unfortunately, he died in 1199 AD and construction was abandoned. An earthquake in 1755 further toppled the half-built structure down. Facing these evocative ruins is the Mausoleum of Mohammed V where the present king’s father and grandfather are interred.

Travel tips: 1) Non-Muslims are not allowed to go near the royal graves. They can only view them from a gallery inside the mausoleum. 2) Should the current king decide to make a random visit to the mausoleum, the entire site is closed without notice. 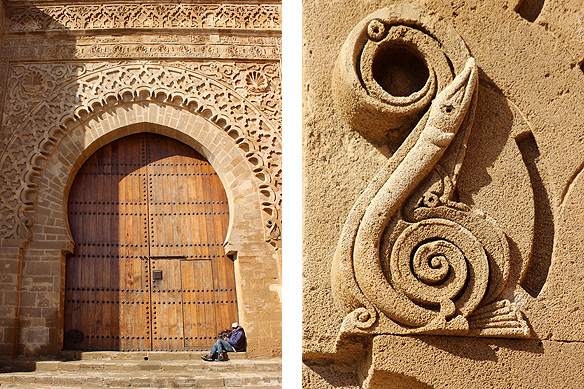 The imposing Oudaias Gate stands at the entrance of Oudaias Kasbah. I have listed it separately because most people just walk past it. Which is pure sacrilege. Built in 1195 AD by Yacoub al-Mansour, the same gentleman who also built the incomplete Le Tour Hassan [see above], the horseshoe-shaped sandstone gate is a marvel in its own right. Everything Yacoub al-Mansour built was ambitious and grand. His gate was no different. It is filled with carved arches, scalloped shells, and fantastical ornamentation, and served a ceremonial rather than defensive purpose—his palace once stood behind it.

Travel tip: Oudaias Gate is the one facing you when you climb up the stairs of Oudaias Kasbah. Entry to the Kasbah is through a smaller gate to its right. 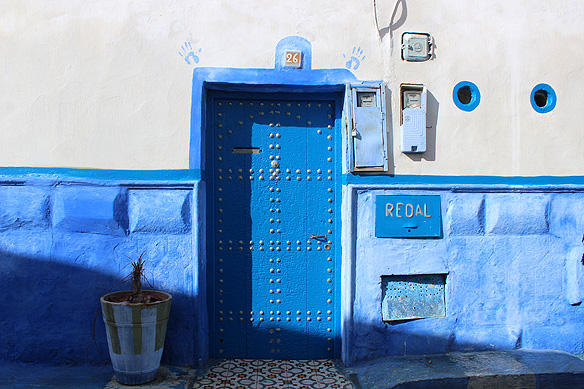 Spain’s Christianisation in the 17th Century was accompanied with an influx of Spanish Muslim refugees from Al-Andalus into Morocco, in search of a safe place to call their home. One group made their way to the Oudaias Kasbah, Rabat’s historical citadel perched on the hill by the sea. They brought along with them their Moorish traditions and rituals, and proceeded to paint their walls an eclectic mix of snow white and electric blue. The tradition has lasted three hundred years, and their descendants who still live in the Kasbah’s narrow lanes faithfully paint their home facades the same way.

Travel tips: 1) Get happily lost in the Kasbah! 2) For scenic sea-views, take the main avenue to Plateforme du Sémaphore. 3) Rabat’s oldest mosque [12th Century AD] is on this main road [left side]. It was renovated in the 18th Century by an English Muslim pirate. 4) Andalusian Gardens [bottom-end of the Kasbah] is a calm oasis of green. 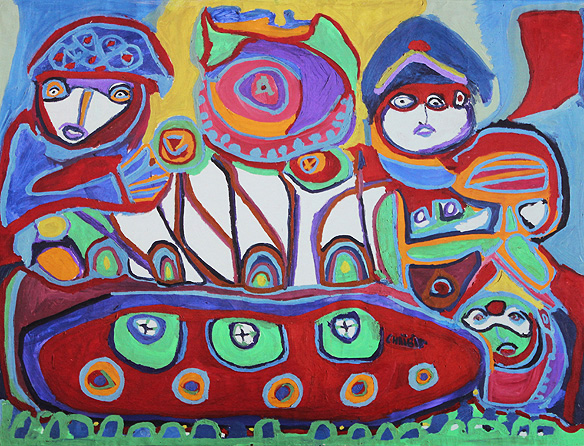 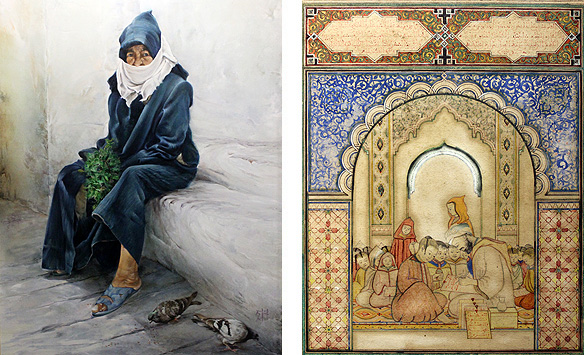 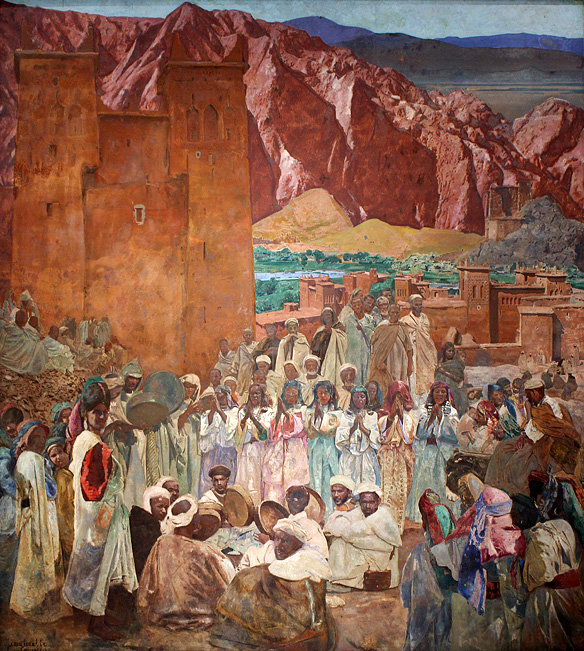 If you have the slightest interest in modern and contemporary art, this national art museum established by King Mohammed VI in 2014, is a must visit. If not, it still warrants a dekko for it reveals the turn Moroccan art has taken since the 20th Century right up to present times, through the work of some 200 artists. No longer delimited to being a craft guided by religion and traditions, Moroccan modern and contemporary art at times blends personal expression with indigenous Moroccan forms, and at others veers away from all things Moroccan to claim its place in the global arena. 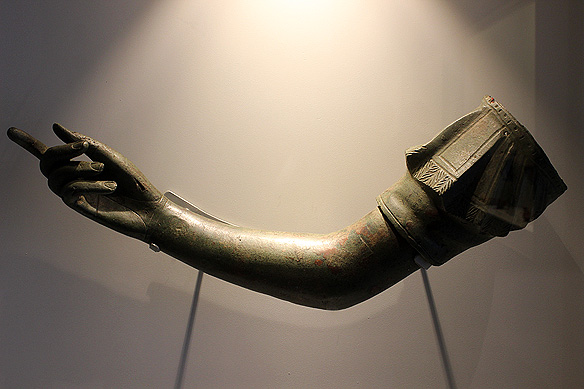 Rabat’s fifth, and last but definitely not least, cultural treasure is the National Museum of History and Civilizations—compact, super-slick, and brimming with artefacts excavated from around the country. It even has rare coinage from the medieval Almoravid and Almohad dynasties! Though the extensive archaeological exhibits range from Morocco’s pre-historic, Roman and Islamic periods, its most fascinating collection is, without a doubt, that from the Roman outpost Volubilis. The bronze busts of Cato and Juba II, ivy-crowned Ephebe, and dog of Volubilis are spectacular. The reconstructed mosaic floor, picture perfect. The statuettes bursting with movement and emotion, even after 2,000 years, a wake-up call to life’s constancy. ❤

NOTE: You may also like to read: Discover ancient Roman Volubilis through a self-guided walk.