One cannot visit Oxford and not go to Cambridge. That would be sacrilege. Cambridge’s history is irrevocably entangled with that of the former. The story goes back to 1209 when a group of scholars left Oxford because of a dispute with the townsfolk and set up a separate University in Cambridge. The two “ancient universities” have many features in common and are often referred to jointly as Oxbridge. There is also a long history of rivalry between the two.

It was a beautiful day—the type where the skies couldn’t be bluer. Before I went into the University town I took a slight detour and visited the Cambridge American Cemetery. It is quite a treasure. Peaceful and lovely. The cemetery and memorial, run by the American government, commemorate the 3,812 American servicemen who died during the Second World War.

The Cambridge American Cemetery and Memorial; The cemetery has approximately 3,812 graves of American servicemen

The first thing that strikes one on entering Cambridge is the feeling of amiability which engulfs the whole University town … It is not cold or upper crust or stuck-up. Cambridge instead exudes a genuine love for research and learning which overshadows all bias. Its alumni best illustrate this fact. There is Sir Isaac Newton who did many of his experiments within the grounds of Trinity College; Charles Darwin of Christ’s College who pioneered the theory of evolution; and John Harvard from Emmanuel College, founder of Harvard University, to name but a very few.

It is also in Cambridge’s Cavendish Laboratory, now a rather run down set of buildings, that inventions were made which changed our world forever. The world’s first computing system, first modern computer, first programmable computer and webcam were all invented here. The model for the three-dimensional structure for DNA was developed here. And for all physicists, the electron and neutron were discovered here. Just outside the city, the new high-tech West Cambridge Research and Development Park houses today’s leaders in scientific research.

Cambridge University town, for all its focus and achievements in the realm of science, is no less poetic a city in terms of its architecture. It is impossible not to gasp in awe at the grandeur of King’s college and its chapel, or to marvel at the delightful symmetry of the Corpus Christi and Emmanuel colleges. In contrast, Trinity and St. John’s colleges’ red bricked edifices echo of Tudor pomp.

Learning amidst poetry in stone and glass … 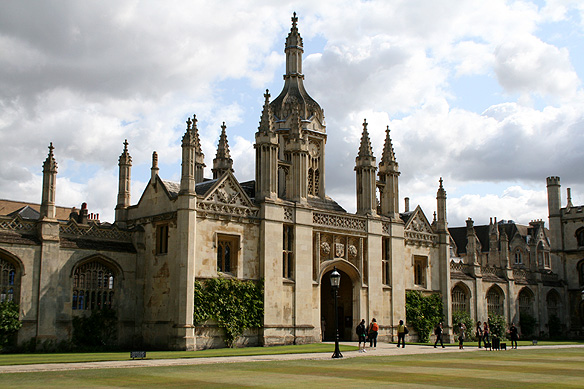 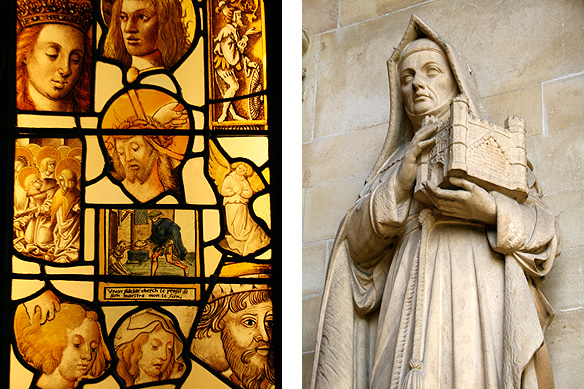 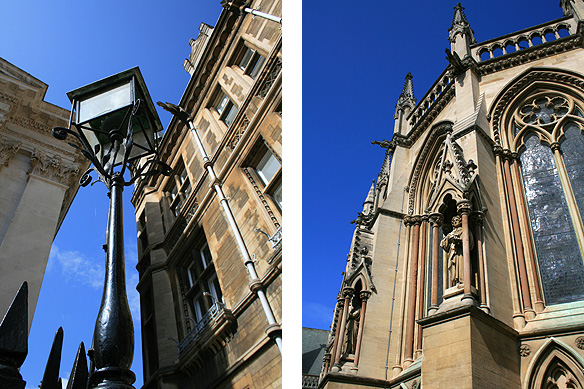 Street architecture … See what I mean! 🙂

Eight colleges flank the River Cam, which in medieval times was the town’s main artery for transport. Centuries later punts still slide by under the picturesque Bridge of Sighs and Mathematical Bridge. I had been told that if there was one thing I had to make sure I did not miss in Cambridge, it was to go punting. A befitting end to a beautiful day. 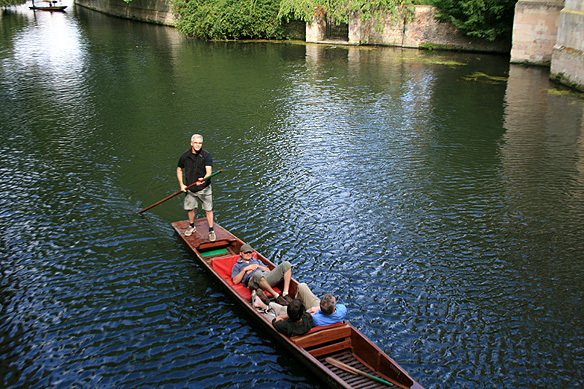 Punting down the River Cam, the Cambridge trademark

2 thoughts on “cambridge, the university town”