I am finally visiting the sight people commonly see in their first week in London—I am going to Stonehenge. I wasn’t too sure as to what I ought to be feeling as I made the 90-minute train journey to Salisbury. I had seen too many pictures; heard and read endless reviews, some ecstatic, others disappointed. I could even close my eyes and picture the prehistoric ring of stone slabs, complete with blue or grey skies. It is after all the most popular wallpaper on Windows as well.

Before I took the coach on to Stonehenge, I spent some time at Salisbury also known as New Sarum though nobody ever calls it by this name. I wish I’d had more time in the town whose chief claim to fame is its cathedral which has got to be the most beautiful in the country.

It is also an architectural marvel. Where do I begin? Because of the high water table in the area, the 123 metre high church stands over foundations merely 1 metre deep. The 60 metre hollow spire weighs 6,500 tonnes and is the tallest spire in the United Kingdom and the tallest pre-1400s surviving spire in the world. Designed by Bishop Richard Poore, the cathedral was built over just 38 years (1220-1258) and is a masterpiece of Early English Gothic architecture. The world’s oldest working clock (1386) with no face and which only struck the hours was used in the bell tower till 1789; it now stands in the north aisle. One more fact. The Chapter House contains one of the finest versions of the only four surviving original copies of the 1215 Magna Carta—the very cornerstone of Human Rights. Whew! 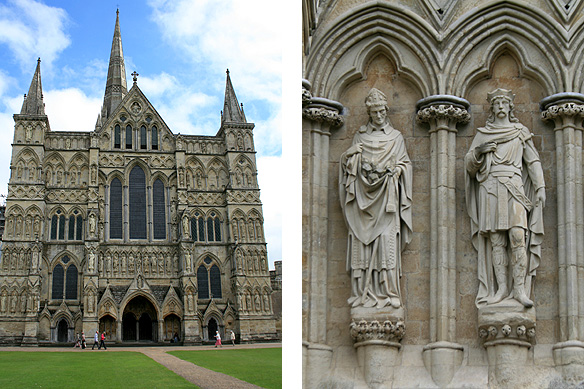 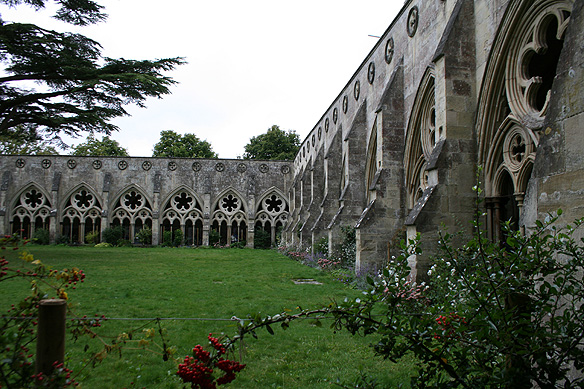 It was market day and the stalls were brimming over with an eclectic mix of goodies. I got myself a lardy cake, a sinful concoction of raisins, flour, lard and powdered sugar dipped in syrup and, thereafter, wandered off to the parish church of St. Thomas and St. Edmund. And in case you wondering what is lard, it is the refined fat of the pig. Ok, I did not know that when I bought the cake, or ate it. And now that I know it, it still does not matter, because it was divine. 🙂 I scribbled a prayer and stuck it on the prayer board at the church. I find it a very sweet custom. One writes down one’s wishes, puts it on the board, and the service then includes your prayers. 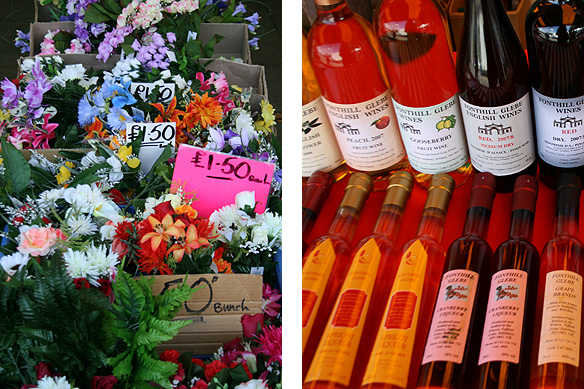 Stonehenge is shrouded in mystery. No one knows who built it or what purpose it served. Each generation and individual has subsequently put their own beliefs and perceptions on it. The result: Druids, aliens, a burial site, an ancient temple, an observatory. All that is known for certain is that it was built over a period of 1,000 years from 2500-1500 BC in place of a wooden structure built at the same site around 2600 BC.

A prehistoric monument and a World Heritage Site, Stonehenge comprises two rings of stones surrounded by a circular ditch and bank (henge) dating back to 3050 BC. The outer ring of stones, complete with lintels, are Sarsen stones each weighing 60 tonnes from the downs 19 miles away. The inner ring of smaller stones, also known as Bluestones, are from Wales at a distance of 240 miles. Clustered within were once five Trilithons in the shape of a horseshoe.

Why would prehistoric man flatten forestland in the middle of nowhere, transport humongous blocks of stone from miles away and then put them up in a circle painstakingly accurate in its structure. Some questions I guess will always remain unanswered, and therein would lay their greatest attraction for they become what we want them to be. What did I feel? Strangely enough I have no words to describe or explain it. It was just a feeling, and I was glad, really glad I had made the journey. 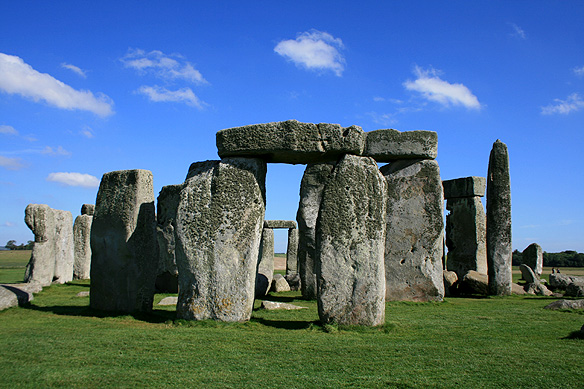 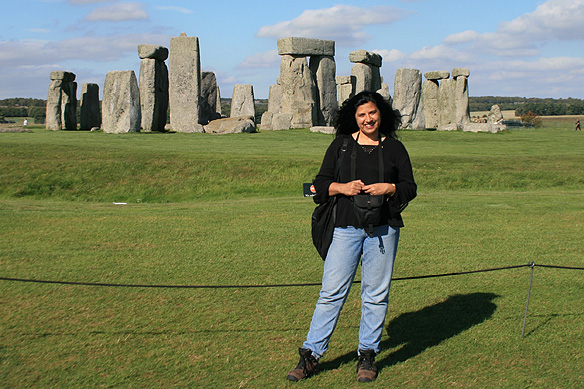 Stonehenge—endless mysteries entombed in its circles of stones