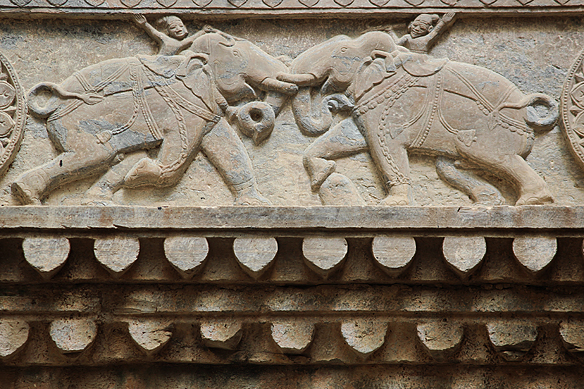 If like me, you were brought up on a travel diet of London and Paris, with Persepolis thrown in for effect, you would wonder what all the hullabaloo about India’s stepwells was for. That is, until you saw them in person.

Since moving back to India, I have time and again read that the stepwells or baoris [as they are known in the local dialect] of Gujarat and Rajasthan were stunning. I was told there was even one in Connaught Place, the heart of New Delhi, which was a complete beauty. I, thus, conjured them in my mind as architectural marvels to be found in the historically grand cities of India. Read—grand.

And as always, India took me by surprise.

Guess where I am finally introduced to their exquisite beauty? In a tiny little town called Bundi in the middle of nowhere in Rajasthan. One.every.200.odd.metres. I stopped counting after a while. They were everywhere. Inside Jain and Hindu temples, behind clumps of gorse, in the lawns of villas designed by European architects, as part of Rajput havelis, and in the middle of both vast squares and lakes.

If that were not enough, they also came in assorted shapes. There was the L-shaped, the Z-shaped, the square-shaped, and the I-shaped. And in varying states of neglect or glory. Whilst some got funding for “conservation” others have been turned into dumping grounds.

So, what exactly is a stepwell, and why were they even built?

An intrinsic part of Indian architecture and culture, they are wells or ponds in which one needs to descend a series of steps, deep into the innards of the earth, to reach the water. There are two types of stepwells in the sub-continent: the linear baoris which served as a catchment for rain-water and square kunds built around a source of ground-water. In a predominantly barren land with erratic rainfall these stepwells ensured a steady source of water supply for those in the vicinity by sheer virtue of architectural design.

But stepwells were not just built to serve utilitarian and pragmatic human needs. They were also considered as sacred sites where the three realms of the universe—the underworld, earth, and the heavens—met, and hence were, and still are an epicentre for religious ceremonies and rites. The direct result of this is the string of gods and goddesses, in particular the trinity comprising Vishnu and his many avatars, Brahma, and Shiva one finds carved into its walls with Ganesh and Saraswati flanking the entrances.

The earliest stepwells in India date back to the 2nd and 4th Centuries AD. They flowered to reach artistic heights between the 11th and 16th Centuries under Muslim rule. Their death and annihilation was carried out by the British Raj who saw them as unhygienic, and thus undesirable, and had them replaced with pipes and pumps. And so, a millennia old tradition in India came to its end.

There are currently 52 stepwells inside Bundi’s city proper. There are very many more outside of it. I must have visited over two dozen of them during my stay. All in all, each took my breath away for its sheer inimitability. No two, I assure you, were alike.

These are 10 of my favourites. If you scroll down this post, you will see why. ❤

Bhoraji ka Kund, steeped in a bygone era. Through the ages, kunds have been a focus for local everyday life—for religious rituals, washing laundry, bathing, collecting water for domestic use, and well, just goofing around.

Abhay Nath ki Baori is still used to collect rain-water and serves Bundi through a series of water pipes.

The baoris or stepwells in India did not just serve as catchments for rain-water but were also deeply religious sites with Ganesh [below image] and Saraswati flanking the entrance as a norm. Dadhi Manthan Baori is no different. 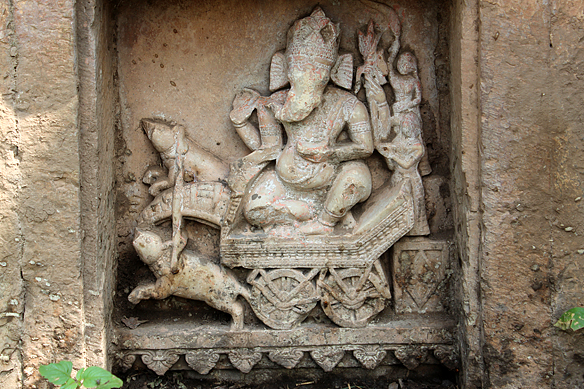 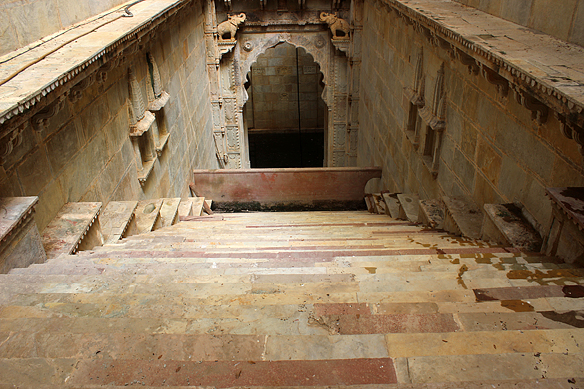 Bundi’s pride, apart from its palaces, is also a royal monument: Raniji ki Baori, built by Rani Nathawatji in 1757. It is a colossal stepwell—260 feet long, 40 feet wide, and with over a hundred steps leading into its deep recesses. It is also exquisitely beautiful with its carved ornate toran gate and sculptures of gods, goddesses, and royal figures. 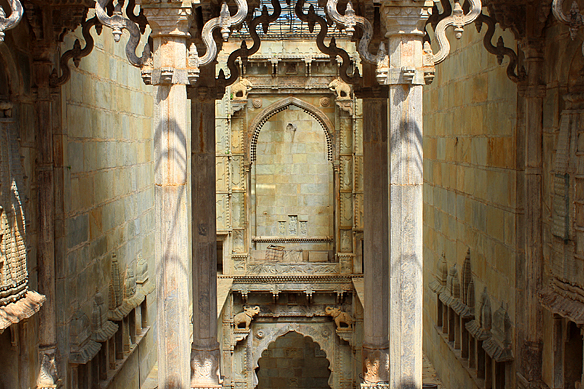 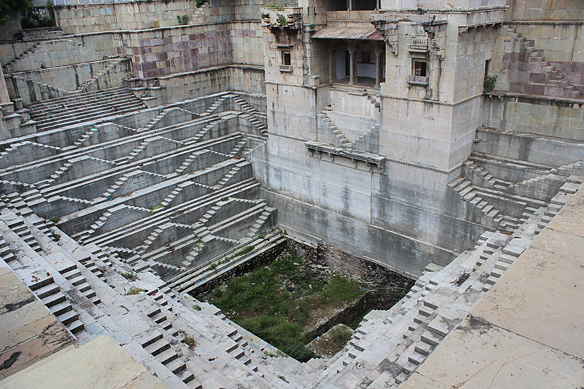 The Dabhai Kund took my breath away. More so because I least expected it. One moment I was standing in a quiet nondescript lane, and the next moment I walked through a gate, and whoa, this stood in front of me. I got vertigo just looking down at the stone well built by the Chauhan Rajputs some 300 years ago. 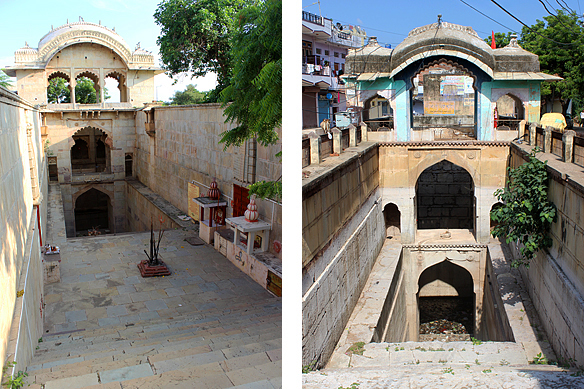 Clockwise from top left: Nahar Dhoos ki Baori, Anarkali ki Baori, Stadium ki Baori [because it is near the stadium], and Hiralalji ki Baori. Some of the baoris are in a better state than the others simply for having been appropriated by some religious group or the other, like the top left one in which Nahar Dhoos Baba has his darbar.

Originally christened Ganga Sagar and Yamuna Sagar, the twin stepwells just outside Bundi’s walled city were built by Maharani Chandrabhanu Kumari in 1871–75. They are today referred to as the Nagar-Sagar Kund.