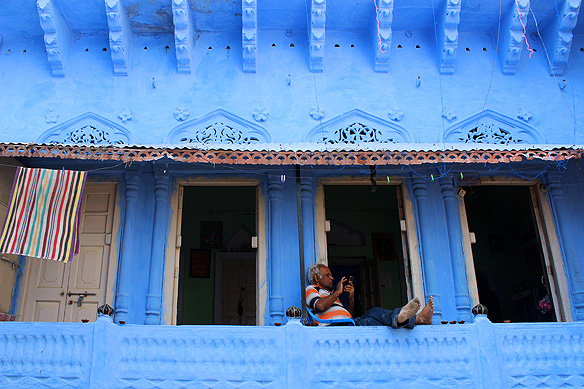 Snuggled along the towering rocky outcrop, atop which sits Mehrangarh Fort, Jodhpur’s pride and primary claim to fame, is a sea of cornflower blue houses which give the city its current popular epithet.

Since Jodhpur’s inception in 1459, the neighbourhood has been the home of the city’s Brahmin or priest community. To set themselves apart from the other Hindu castes, they painted their homes blue. Perhaps in reference to their blue-blooded lineage?

In recent years, many of the younger generation still living in their ancestral homes have chosen to paint over their homes, from the blatant intense announcement to placid whites and milky creams more in tune with modern trends.

The result is the sea of blue houses has somewhat diminished. But its maze of lanes still reverberates with a way of life which has remained intact for the past some six centuries.

Come join me on a wander of the bylanes of Navchokiya, and discover its charms which are only known to the folks who live there, or those like us who thrive on the path less treaded. ❤ 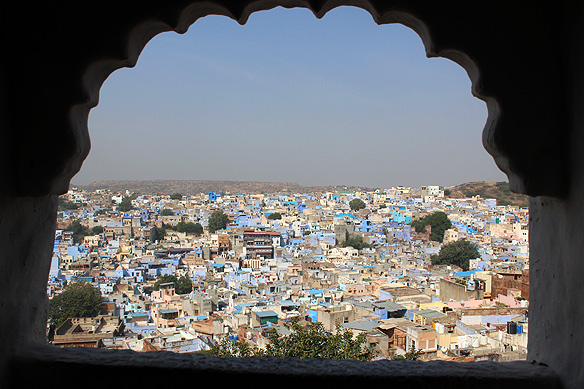 A good place to start is from the top, to get a panoramic view of the Blue City. 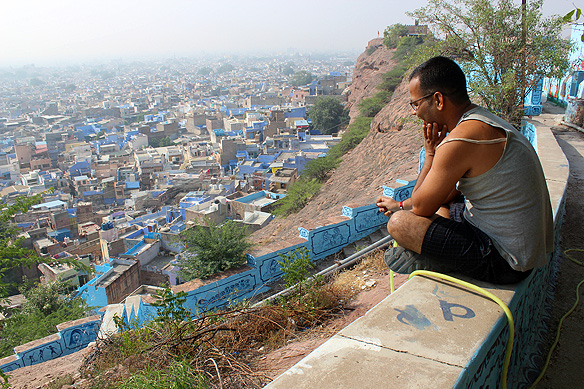 Who says only travellers have the right to fawn over a view? In Navchokiya, even the locals do. 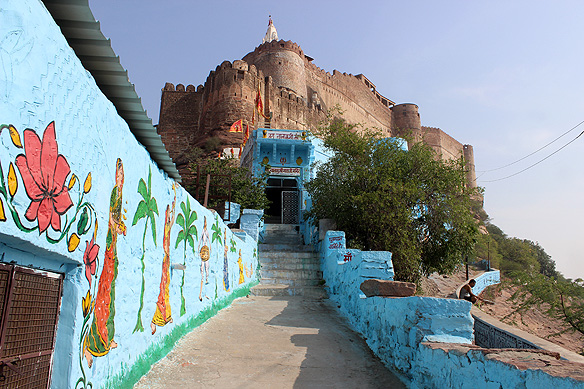 Where there are Brahmins, can temples be far behind? Especially when it comes to a rocky outcrop. Looming in the background is the majestic Mehrangarh Fort. 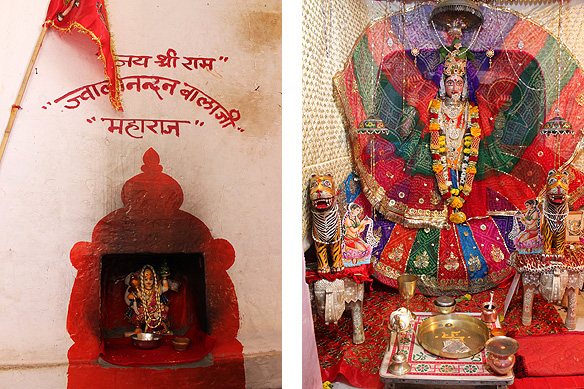 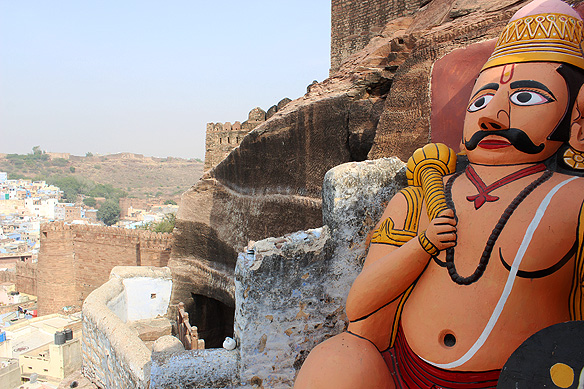 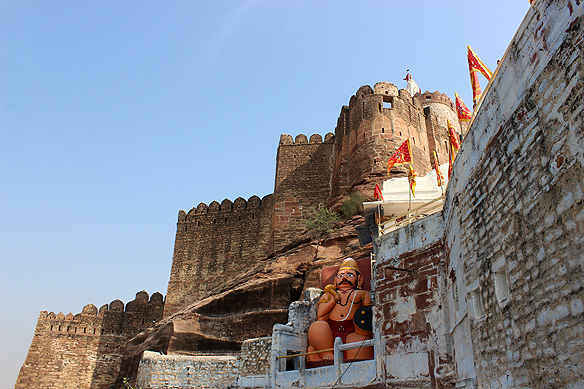 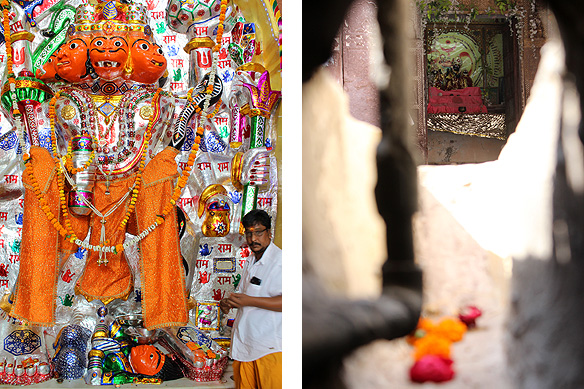 Temples, big and small. The image on the right is of a Krishna Temple. Since the temple is opened only briefly, devotees leave their offerings in a small opening in the enclosure wall. 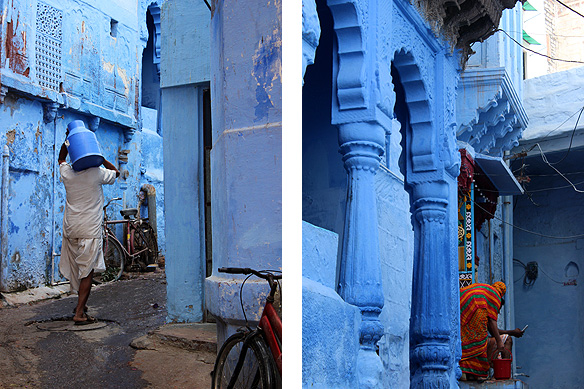 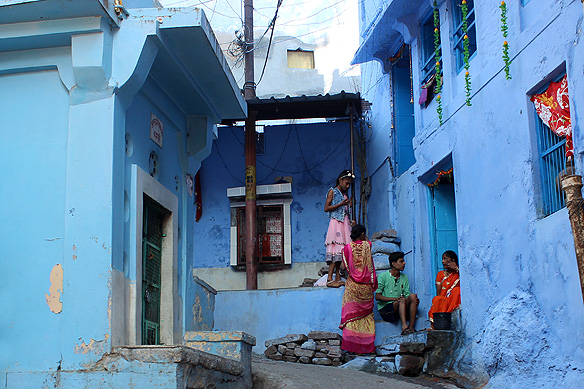 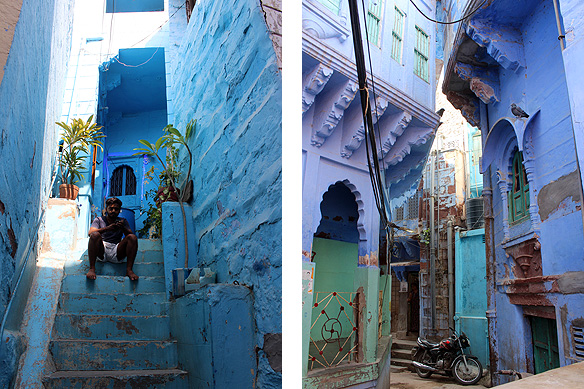 … Where past and present live together. 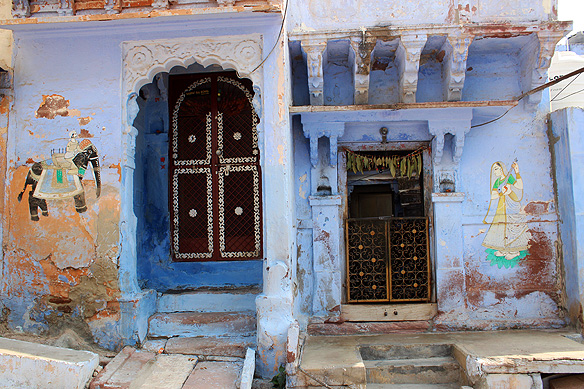 Elephants and musicians adorn a facade or two. 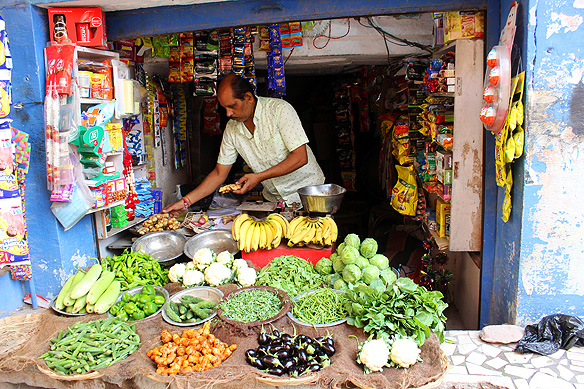 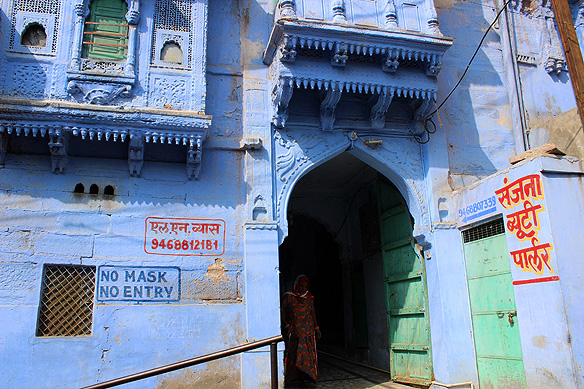 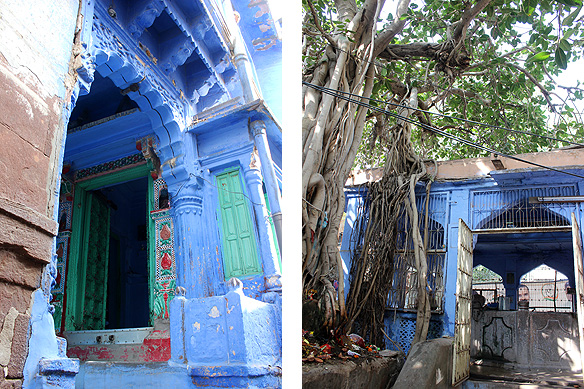 Left: Just another entrance to just another home. Right: A water well guarded by a grill and purified by the roots of a banyan tree. 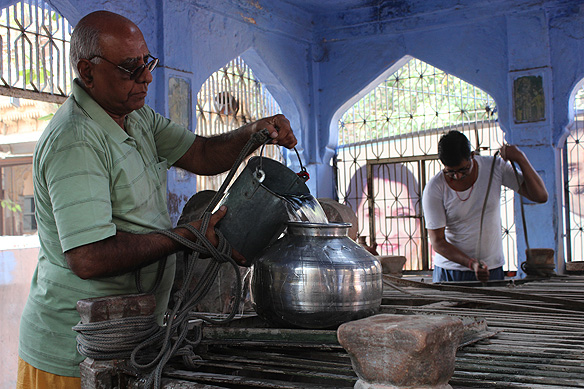 Though tap water is readily available in Navchokiya, the locals swear by the sweetness and purity of the neighbourhood well’s water. It is the only water that will do for cooking and drinking. 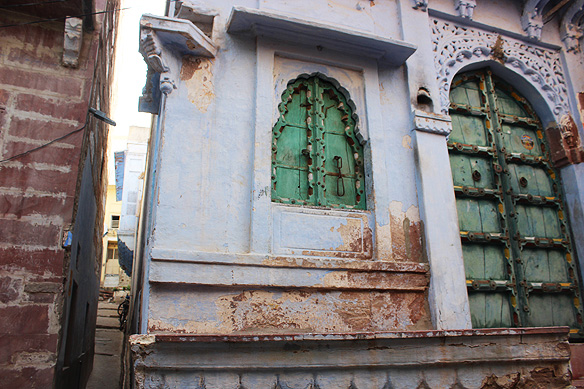 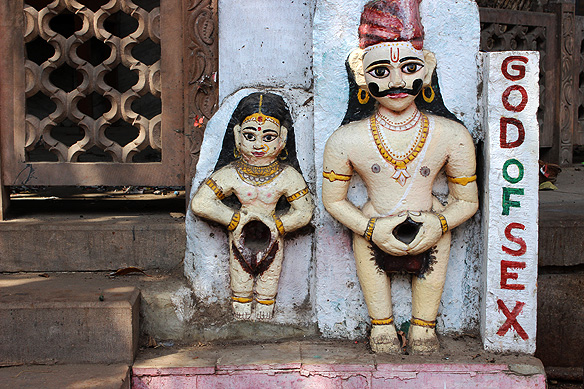 Surprised at the signage? These two figures in the town square comprise a temple dedicated to Eloji, the god of sex. A folk deity in Western Rajasthan, men worship him for sexual powers and women for a male child. Rituals include new brides hugging him first before their husbands, and married women touching his elongated penis during the Holi festival.

Sex makes the world go round, keeping the human species alive and kicking. The townsfolk of Navchokiya have always been fully aware and appreciative of it. 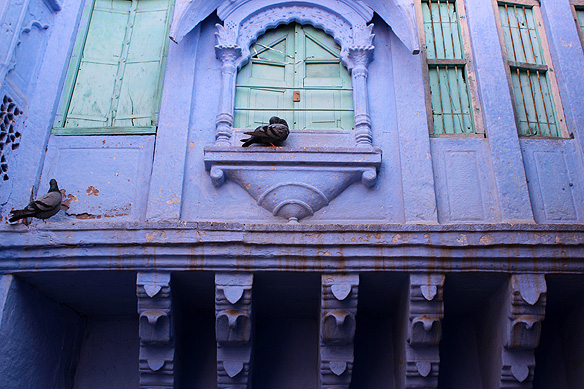 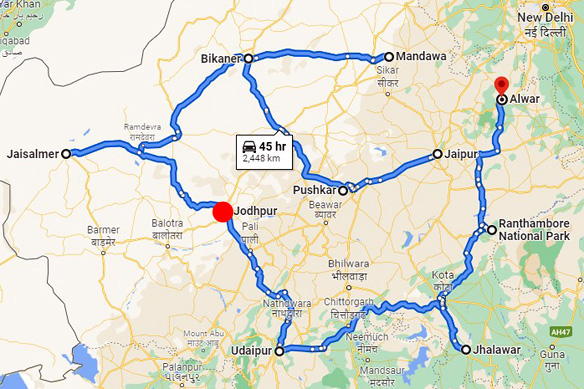 20 thoughts on “navchokiya: brahmins and the blue city of jodhpur”