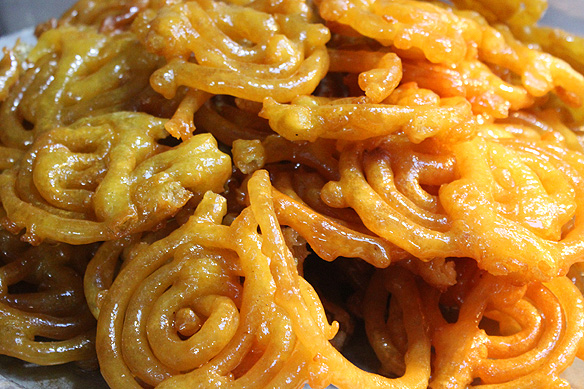 Don’t these jalebis look mouth-watering! They’re fresh from the boiling sugary syrup they’d been dunked into, at the Old Famous Jalebi Wala in Chandni Chowk. And no, the ‘old’ and ‘famous’ are not adjectives but are part of the street-side kiosk’s name. 😊

It is Ramadan, and I have always wanted to explore Chandni Chowk during Islam’s month-long fasting in which come night, this neighbourhood in Old Delhi bursts into one big celebration. Built by Mughal Emperor Shah Jahan and designed by his favourite daughter Jahanara Begum in 1650, it was the main market of Shahjahanabad, Shah Jahan’s capital city in Delhi.

But I was a bit hesitant. The usual qualms. It’s an unfamiliar area. It’s super crowded. Is it safe?

So, when I heard there was going to be a heritage walk from the Jain Lal Mandir at one end to Jama Masjid at the other with a detour to Chandni Chowk’s foodie street, it did not take me a minute to say ‘Yes’!

The walk was everything I had hoped it to be, and oh so much more. The colours, sounds, smells, and smiles. After writing a series of rather wordy posts recently, I thought I’d write one where the images did all the talking and keep my captions short and sweet. If I digress, do forgive me. I was and am still bowled over. ❤ 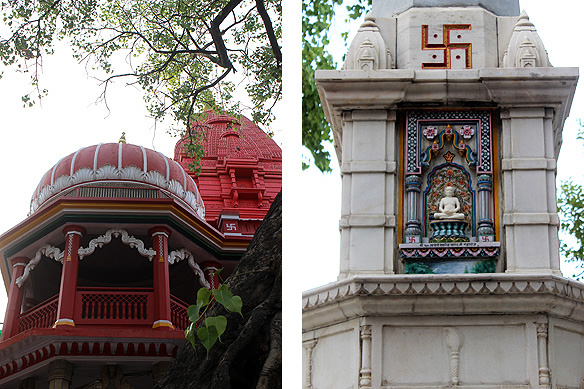 Bang opposite the Red Fort is Delhi’s oldest Jain temple Lal Mandir [Red Temple], named so because it is painted red. Established in 1656, albeit as a simpler and smaller structure back then, the current edifice with a manastambha column in front of it was built in 1878. The temple appears like any other from the outside. But don’t be fooled. 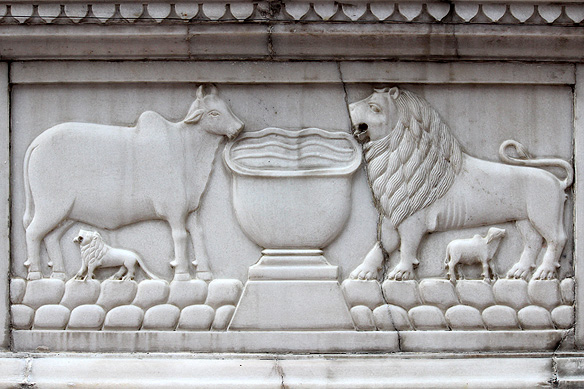 I found this beautiful. It is a detail from the Jain Lal Mandir’s manastambha column. Look closely. Do you see a cow and lion drink from the same bowl? Look more closely. The cow suckles a cub and the lion suckles a calf. 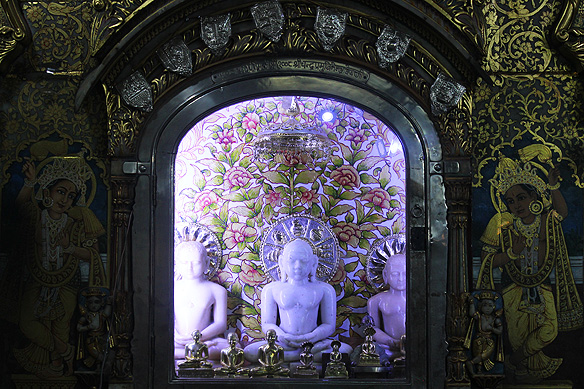 Remember I said outside appearances can be deceptive. Every inch of the Jain Lal Mandir is embellished on the inside with gilding and exquisite paintings of stories, deities, and blooming flowers. 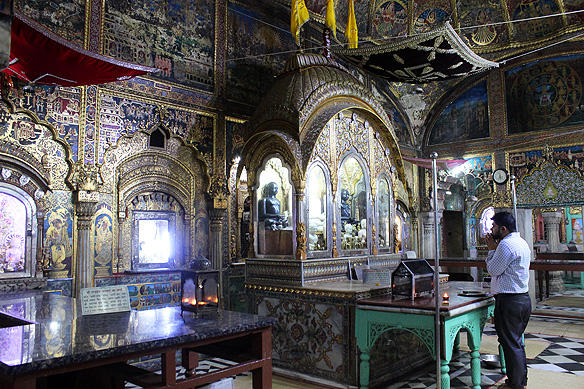 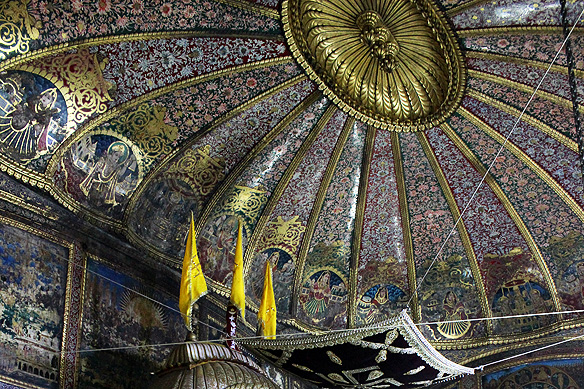 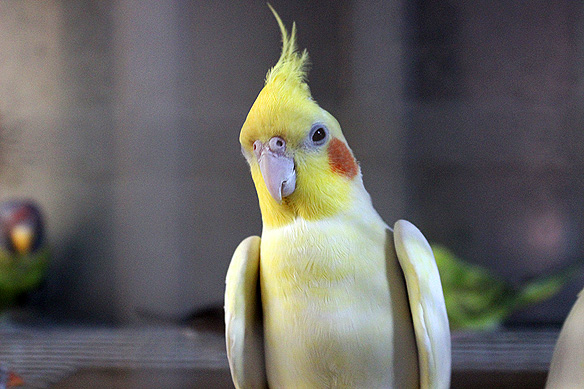 Meet my new friend, yellowface. He’s a patient at the Jain Lal Mandir Charity Birds Hospital, a one-of-its-kind 90-year-old initiative which treats 15,000 birds annually, and is funded solely by donations. Yellowface says hello to you too. 🙂 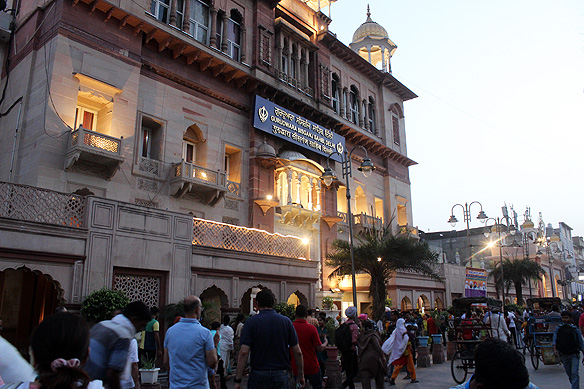 My next stop, and a short distance down the main street, Chandni Chowk Road, is Sis Ganj Sahib Gurudwara which marks the site where the 9th Sikh Guru, Guru Tegh Bahadur, was beheaded on the orders of the Mughal Emperor Aurangzeb on 11 November, 1675. Reason? Guru Tegh Bahadur had saved Kashmiri pandits who had refused to convert to Islam. 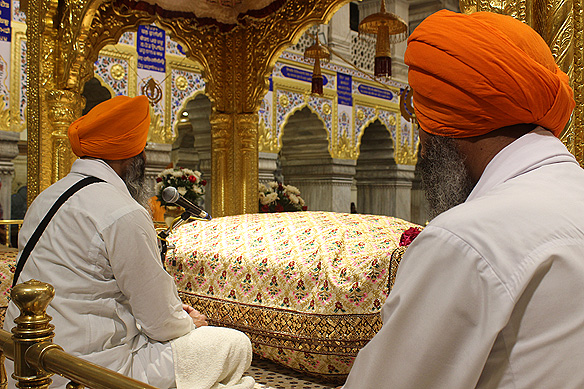 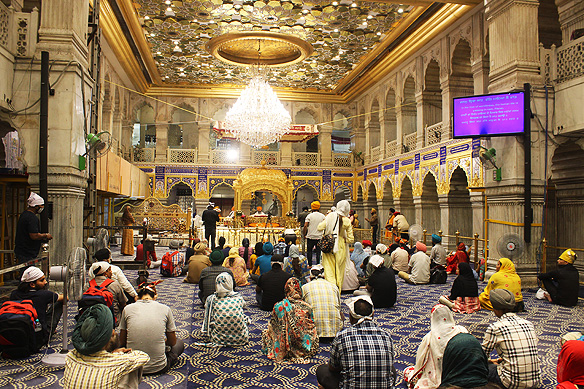 Sis Ganj Sahib Gurudwara is relatively new, dating to 1930, and was built over a shrine dedicated to the martyr in 1783. 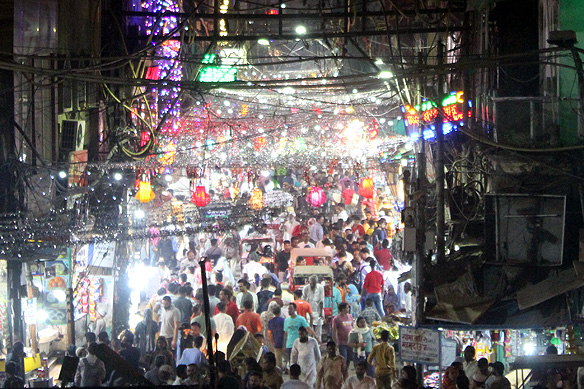 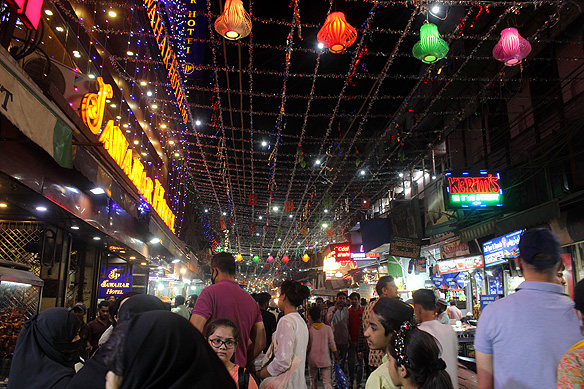 In the depths of Matia Mahal Road, abuzz with food stalls and goodies for the tens of thousands of Muslims breaking their fast. And for hordes of non-Muslims too, who are eager to dive into the scrumptious spread on offer. 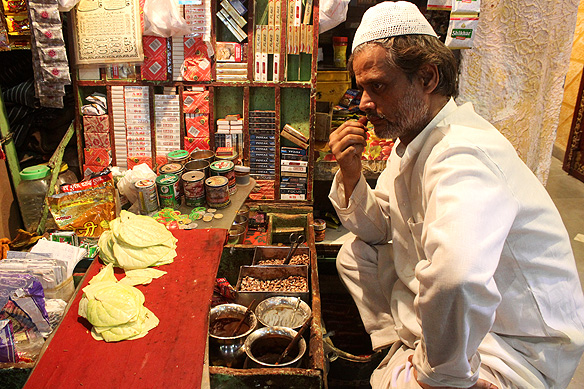 The paan shop and its owner. I love the way people pose for me when I ask if I can take their picture. 😀 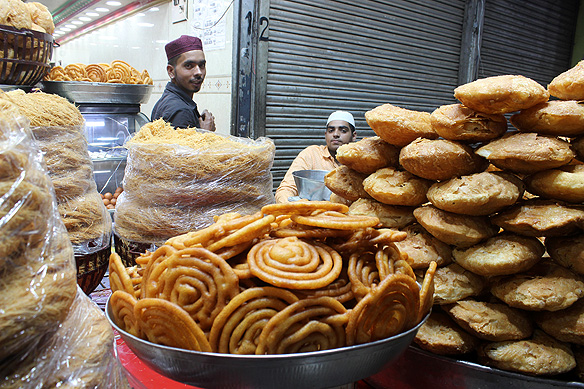 Stacks of jalebis and kachoris. Jalebi, a sweet snack, originated in Persia and is eaten in Africa, and South and West Asia with slight variations in recipes. This, of course, is the Indian version. 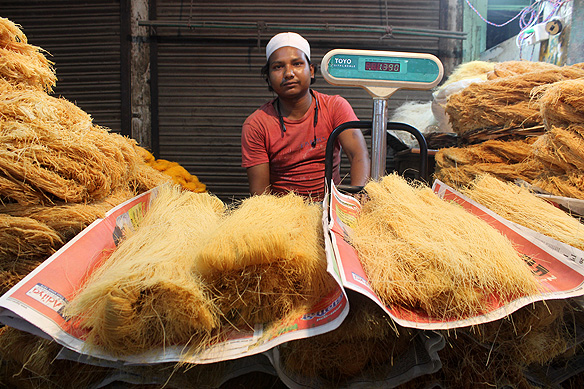 Sheaves of vermicelli aka seviyan. After all, what is Ramadan without meethi seviyan or vermicelli cooked in ghee, milk, loads of sugar, and dry fruits. 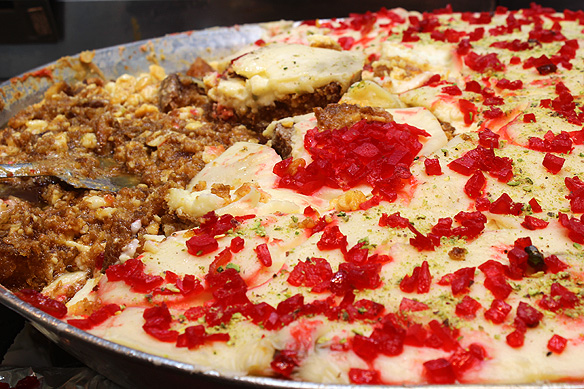 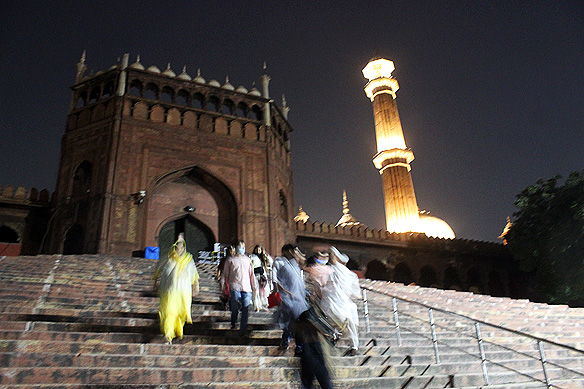 This is Jama Masjid’s northern entrance, one of its three entrances. Built by Mughal Emperor Shah Jahan in 1656, Jama Masjid was the imperial mosque of the Mughals till the dynasty fell in 1857. 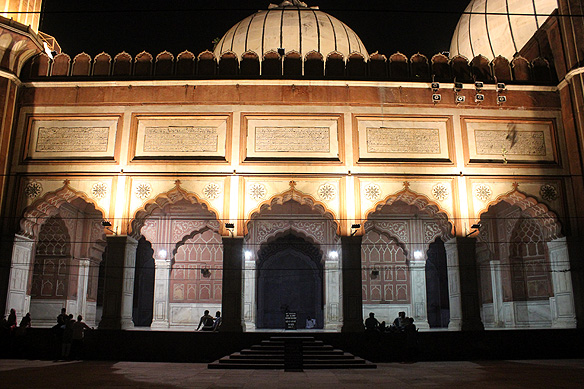 Some interesting facts about Delhi’s largest mosque: The Imams of Jama Masjid trace their lineage directly back to Bukhara in Uzbekistan. The mosque can accommodate 25,000 worshipers. Minarets were added to a mosque edifice for the first time in Jama Masjid; after that it became standard practice. 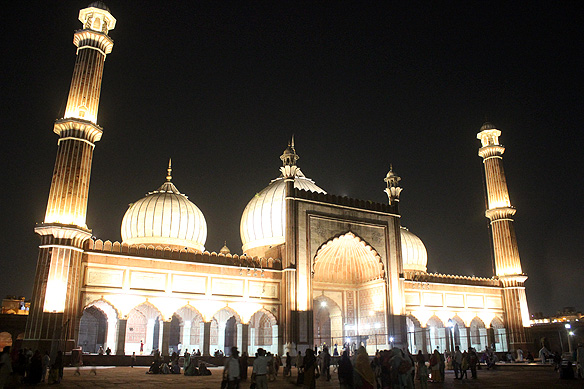 Straight out of a fairy-tale, Jama Masjid literally means ‘community or congregation mosque’. On a Ramadan night, more than ever, it lives and breathes its name when Muslims break their fast together inside its colossal ethereal lit-up precincts.

11 thoughts on “lal mandir to jama masjid: the magic of chandni chowk during ramadan”