Once upon a time, a long time ago, 1959 years ago to be exact, there was a Roman town by the name of Verulamium. It was the third largest town in Roman Britain and had been granted the rank of municipium which meant that it could collect its own taxes and administer itself.

It was complete with all the trappings of Roman civilized life—a theatre, temples, an arch, roman baths, basilica, and a forum for its population of nearly 15,000. Trade flourished and its people lived in fine town houses equipped with underfloor heating systems. This town was my stop for today. END_OF_DOCUMENT_TOKEN_TO_BE_REPLACED 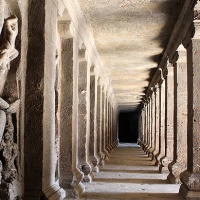