Also called La Serenissima, literally meaning ‘the most serene’, Venice was one of the four maritime republics in Italy, the other three being Amalfi, Genoa, and Pisa. The term ‘Serene Republic’, however, more successfully suggests the enormous power and majesty of this city that was for centuries the unrivalled mistress of trade between Europe and the Orient. It suggests too the extraordinary beauty of the city, its lavishness and fantasy, which is the result not just of its remarkable buildings but of the fact that Venice is a city built on water, a city created more than 1,000 years ago by men who dared defy the sea, implanting their splendid palaces and churches on mud banks in a swampy and treacherous lagoon. END_OF_DOCUMENT_TOKEN_TO_BE_REPLACED 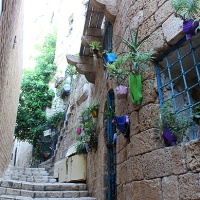